I’ve been busy drawing comics and teaching… taking a break from social media to have the time and space to work on a big new project. In the meantime, here is a recent comic, something that’s been on my mind that I hope is a balm for trans folks and those who love us in these tough times.

For all of December 2021, you can get two copies of Between You and Me for just $40—one for you and one for someone else! Just choose the $40 give one get one option and put the second address into a note at checkout. I’ll even ship the second copy for free. Get your books here.

Many people who read the book end up buying a copy for a friend, family member, neighbor, or colleague in their life. This book is for everyone, but it is especially for people who are trans, nonbinary, or gender expansive and those who know and love them! Who in your life might need this book in theirs?

Here’s a note I got recently from Shelby, who read a friend’s copy, then bought their own and another for a friend:

“As I was reading the book I kept thinking about wanting to share it with people in my life and having my own copy to do that with felt really important. I couldn’t pass around someone else’s copy without worrying about something happening to it. But with my own copy I could pass it around and be okay if it got a little coffee stain or a small rip because sharing it with people is more important than keeping it in pristine condition. There are plenty of works I could share about the trans experience but your book is a quick and engaging read that I feel like more people would be open to reading than a novel, for example. I think it’s not necessarily just about learning about trans history or reading specifically about trans issues that helps people but being exposed to different experiences of trans people and seeing them go through everyday life as well as the pain and joy of transness that can open them up to more understanding and eventually celebration of their loved ones. I think it’s no different also for young trans people, seeing stories like yours and seeing queer adults thriving is so important!!”

I spent late summer 2020 doing some radical imagining with these visionaries for a comic essay for Communication and Critical/ Cultural Studies. Thanks to editors Lore/tta LeMaster and Amber Johnson for the brilliant forum, “Speculative Fiction, Criticality, and Futurity”! This is the world I want to live in. Thanks to Thea, Kristiana, Ann, Ife, Kamari, Sami, and Justin for your vision and for trusting me with your image.

In Your Most Radical ImaginingDownload
August 3, 2021Leave a comment

This is such a huge win for Graphic Medicine! For people who (are, have, will) experience menopause. Congrats to all of the contributors, and especially to editor MK Czerwiec, everyone’s favorite Comic Nurse. Mimi Pond’s piece in the collection, “When the Menopause Carnival Comes to Town” won Best Short Story! I am beyond honored to have a comic in this brilliant book.

I recently had the pleasure of sitting down via Zoom for an interview with Alex Dueben from Smash Pages. Every time I have a conversation about Between You and Me, whether it’s with a writer, a class, or a friend, I learn something new about the wild and transformative power of comics. Thank you, Alex, for this conversation!

AD: I would imagine in transitioning there are so many experiences that are completely new, which is exciting and sometimes terrifying.

KC: There was a lot that I was dreading that was painful or uncomfortable or awkward. Those things make really good comics. That helped me. Instead of shrinking away from having those experiences, I would go, this is what I’m going to draw my pages about this week. It made those experiences very valuable for me. For me, transitioning and becoming a cartoonist are two sides of the same coin…

Why would anyone try so hard to stop you?

And VOTE!! Go to www.iwillvote.com to check your registration status and get deets on voting in your district.

About the book: Between You and Me: Transitional Comics is a collection of comics that reflects two transitions—from a person who doesn’t draw to a cartoonist and from a butch lesbian to a transgender dude. I stopped drawing when I was a kid and didn’t start drawing again until I was 33 years old and brave enough to take a course with Lynda Barry at the University of Wisconsin-Madison. In the four years since, I have continued working closely with her, and in that time, I have quite literally drawn myself into being. It was through the experience of drawing myself in the world on the page that allowed me to draw myself out into the world, to realize that I am transgender and that I wanted to transition—something I had been thinking about for nearly a decade but kept private and suppressed. The comics in Between You and Me reflect the experiences of a transgender and transitioning person navigating the profundities and mundanities of daily life and observing the world around him.

Also present in the book is my transition from non-drawer to someone who identifies as a cartoonist. Though not linearly, readers will note a shift in the confidence of the line as my fluency as an artist increased. The book includes a back section that includes a letter to the reader, early sketchbook pages and commentary on being self-conscious, encouraging people to reclaim drawing as a form of self-expression and a way of looking at the world. The book concludes with a dialogue between me and Lynda Barry, a conversation between student and teacher about gender and drawing and discovery and identity and growing up and everything in between (and then some)!

The book includes reflections that expand beyond my own life and experiences to address social issues. This comes from my grappling with the sincere belief that it is possible for people to fundamentally change—I don’t think people actually want to be “haters”—while at the same time witnessing the violences of racist oppression, patriarchy, and homophobia. The book is entirely nonfiction, but it’s not wholly a memoir, and certainly doesn’t aim to represent any kind of authoritative version of trans experience. The specifics of my experiences of walking down the street, going to the bathroom, going through airport security or to the doctor, of coming out and not coming out are at once particular to my experience and resonate with the sticking points where many trans and gender-fluid people experience confusion, frustration, fear, and delight.

Perhaps the biggest thing that drawing comics has given to me is the push to be out into the world rather that hiding from or suffering from it. Instead of resisting experiences I know will be awkward or difficult, I now actively seek them out because they make for good comics! Interactions I formerly would have considered painful and even shameful, I now am grateful for. Drawing them out as comics gives me a way to own those stories and to share them with others who might not be able to do that yet. It’s no exaggeration to say that drawing comics makes me want to live my life, and it’s my hope that it encourages other trans people to do the same. Comics are the perfect genre to communicate the complexities of trans experience.

2019 is the 50th anniversary of the Stonewall Riots, and a lot of folks are reflecting on what that does (and doesn’t) mean. My contribution to that conversation is a comic that recently came out in a special issue of QED alongside many brilliant scholars. I spent a lot of time imagining what queer and trans* liberation could really look like—beyond legal equality, beyond anything including marriage, beyond acceptance. Read the full piece here!

I’m hand-making little books of the comic for the City-Wide Open Studios / New Haven Night Market Pop Up on October 4. I love playing with size and form, and I love publishing work in scholarly journals that isn’t just for scholars. 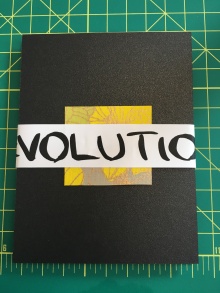 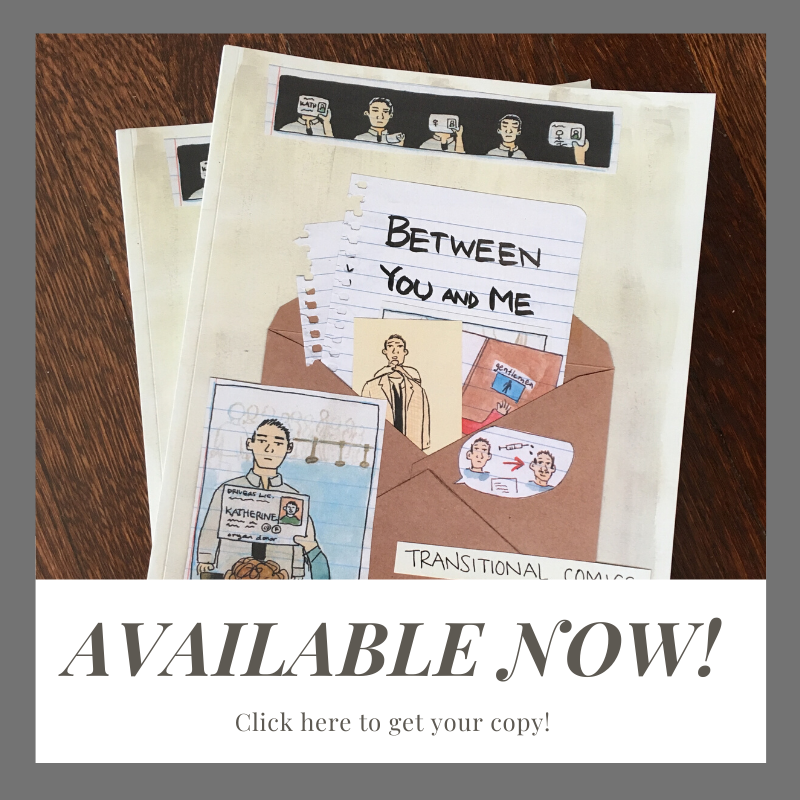 KC draws comics, teaches classes and workshops. He earned his PhD in Communication Arts from UW-Madison and is now an assistant professor at Southern Connecticut State University.

Hey hey everyone… I am taking a social media hiatus for a while—feels important. I’ll be making comics, working on a new book. You’ll see me with @goodvibes.only__ on the @realtalkscsu podcast (season 3 premieres this week!) and as a sometime photography assistant to @catebarryphotography . Thank you all for the birthday wishes that made for a joyful transition to 40! Let’s talk on the phone or hang out otherwise.
Found outside the elementary school down the street this afternoon. It’s been a tough week back in the classroom in person (understatement; also not all bad; more perhaps another time). But this. This this this.
Saturday vibes 🎨 🎶 🪶
Before and after. First day back on campus. @trishkins says this teaching lewk has cruise ship activities director vibes. She’s not wrong. This way for the tour 🚀🛸👽
Shout out to my favorite artist, my niece Zoë. If we lived in the same place and it weren’t a pandemic, I would have her co-teach my Family Stories class. This is what we are all trying to get back to! She’s a master.
Sweet Memphis demonstrating how I’m feeling after the brilliant 2021 Graphic Medicine Unconvention. Thanks to all the organizers and participants—thank you, thank you. #dogsofgraphicmedicine
Loading Comments...